Finally some good wind – beam reach much of the passage south to Israel and a glorious full moon. We were well prepared for the procedures for sailing into Israel. Discussions over VHF with Israeli navy 20Nm off Haifa to provide details of us and our boat. Surprise visit at dawn by the gunboat to check us with infra-red to ensure no extra bodies on board. Passports are then handed over to another gunboat via a fishing net on a pole before we could finally sail into Haifa harbour.

The hospitality extended to us by the Carmel sailing club in Haifa was overwhelming. Warm welcome dockside while passports checked (again); scrumptious dinner dockside with formal welcome from the club; organised tour of Haifa and shuttle taxi to local supermarket for provisioning. 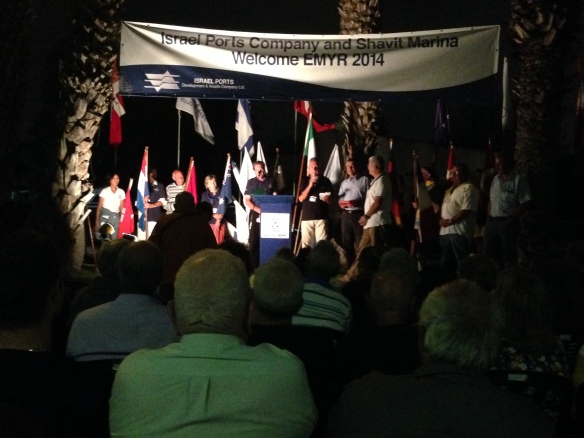 The highlight was home visits arranged through the club. We dined with Amir and Dganit and their delightful family (Amir was one of the club members who helped shoe horn Sea Cloud into a marina berth using the joker boat). 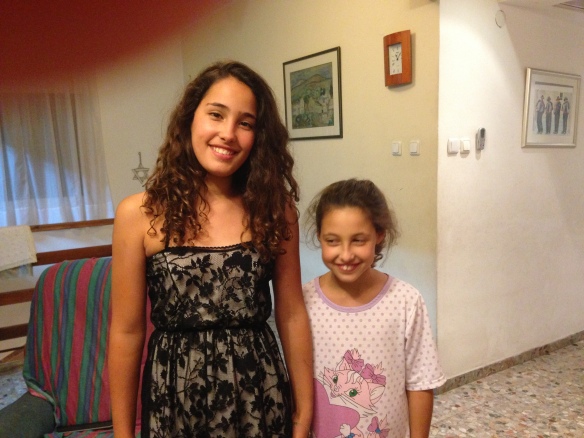 The marina is very full with a waiting list, so finding berths for the EMYR yachts each year is a challenge and well managed by the club.

Akko, just north of Haifa, famous for the remains of the Crusader castle (nearly totally dismantled by the muslims when the Knights finally exited to Rhodes).

The signs (and clocks) in different languages and the Arabic market give an insight into the mixture of cultures in Israel. Although there is a predominantly Israeli Arab population here, there is strong resistance to expansion of Arab ownership of the old town.

The tour continued to Nazareth’s church of the Annunciation, and the Jordan River – site that John baptised Jesus and the Sea of Galilee -all familiar names from Sunday school long ago. 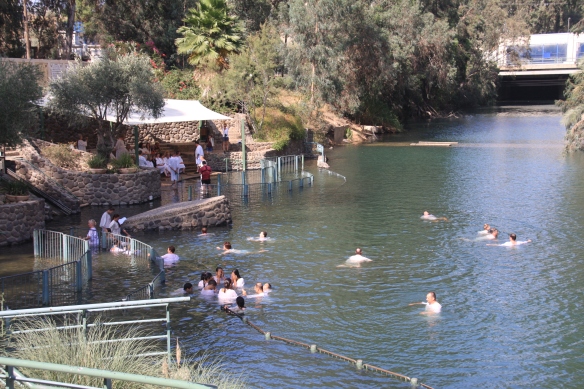 Haifa is famous for its Baha’i garden which cascade down the hillside towards the harbour (built on condition they provided extensive bomb shelters beneath).

Ashkelon, the southernmost marina in Israel was our base for the next few days. One of our group headed a little too far south only to be briskly escorted away by gunboat as they were getting a bit too close to Gaza. 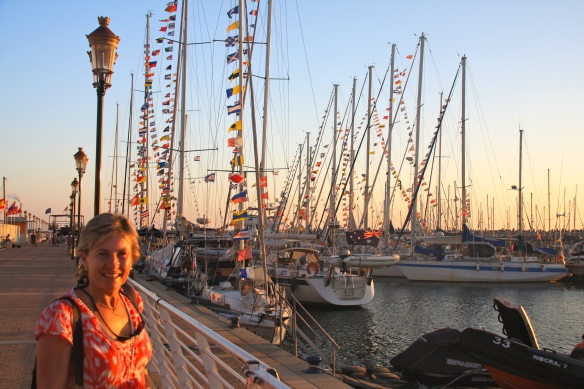 Much anticipated tour to Jerusalem where a 3 day visit just scratched the surface. View from Mount Scopus overlooking Eastern Jerusalem with the wall marking the boundary following occupation of former Jordanian held territory.

Our excellent guide took us to the Mount of Olives with commanding view over Jerusalem’s old city.

Highlights of the city included the Temple of the Mount (Golden Dome of the Rock) – a very holy place for Christians and Muslims and currently a mosque. Below the Mount is the western (wailing) wall – sacred place for Jews. 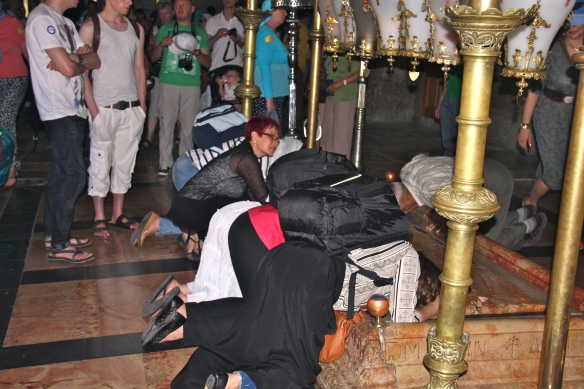 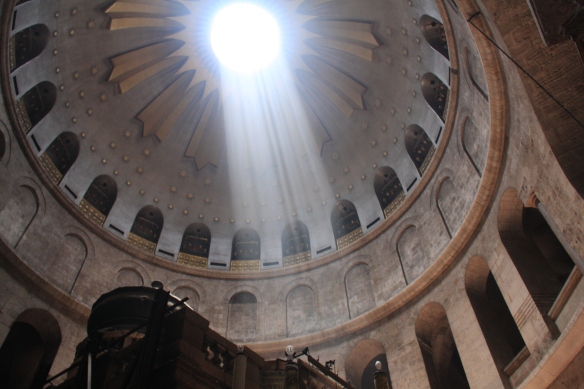 The festival of light runs for 3 days in Jerusalem – a real treat, although very crowded. 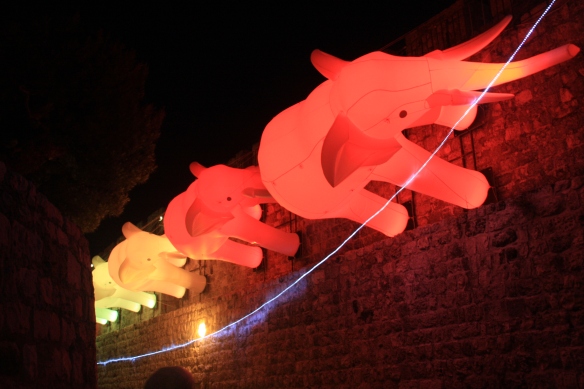 As our hotel was a short walk from the old city enabling us to spend more time in the Jerusalem archaeological park and Davidson centre, with its excellent descriptions and displays of the Temple Mount and surrounding areas. 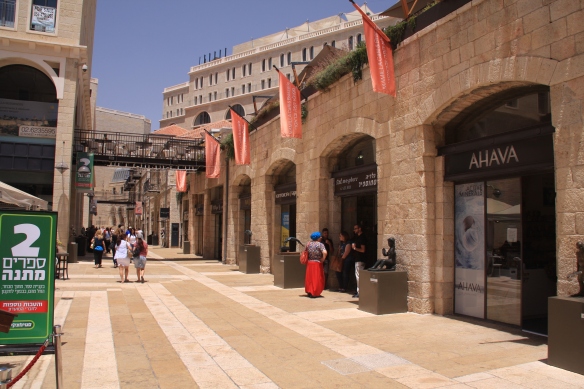 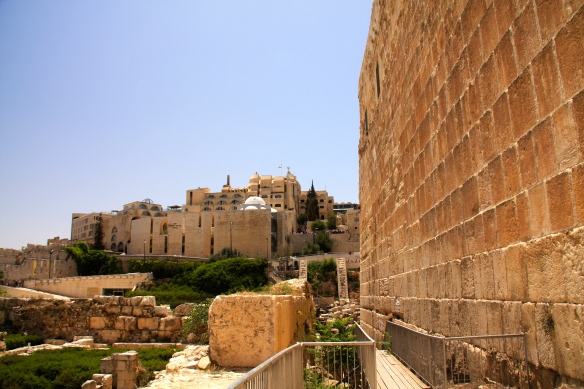 The citadel, or Tower of David, as well as being an excellent museum provided wonderful views over old Jerusalem and its different quarters. 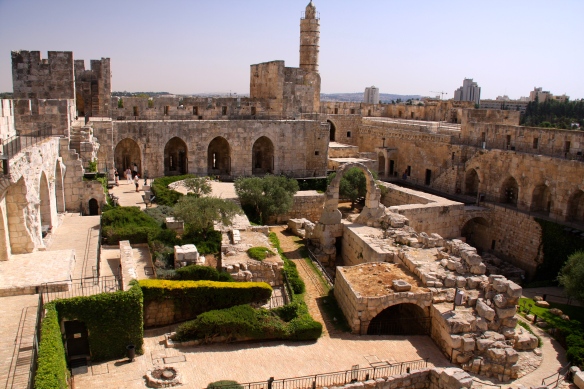 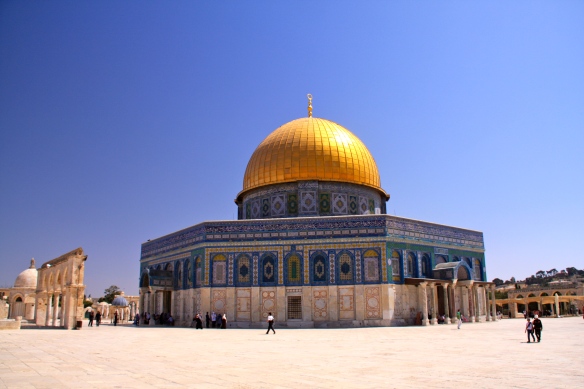 Yad Vashem, the Holocaust museum and memorials set in 18 hectares on the outskirts of Jerusalem was a moving and important ending to our few days in Jerusalem.

Back in Ashkelon the EMYR group told us of the fireworks during dinner in the marina the night before when a rocket, launched from Gaza less than 30km away, was intercepted and destroyed by an Israeli anti-missile rocket overhead. The restaurant emptied very quickly when the siren went off. We were glad we had taken those extra days in Jerusalem, and not sorry to be heading north the next day.

Our last sail with the EMYR fleet as a group was beautiful. A breeze on our stern quarter saw most yachts flying their cruising chutes – a lovely sight and invigorating sail with Sea Cloud touching 8kts in 10-12kts of breeze. Sailing in a group like this means that you actually get photos of your own boat sailing! 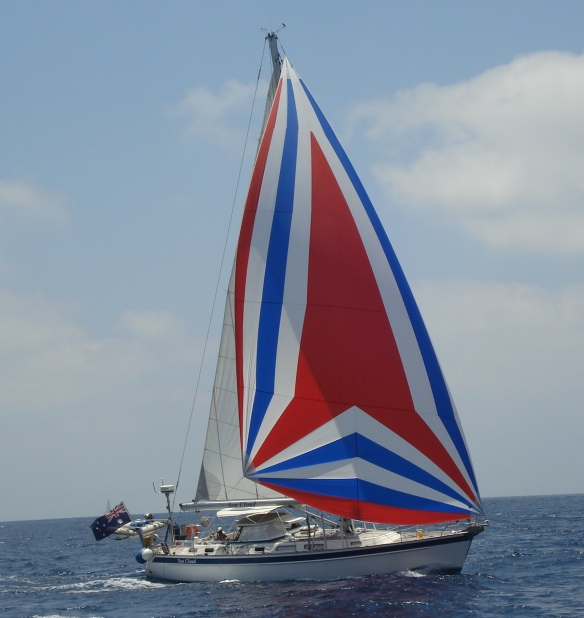 Sadly the rally finished in Herzilya Marina, which is part of a large complex of hotels, apartments shopping malls and restaurants, just north of Tel Aviv. The local beach is lovely (even by Aussie standards). We had a busy a few days of parties, presentations and the final rally dinner, followed by a lot of sad farewells (to dockside chorus of the Rally Song and traditional buckets of water) as new friends headed north for Turkey, Cyprus and beyond.