We had heard that the Spanish Virgin Islands were well worth visiting, lovely uncrowded bays, and towns a little like the other Virgin Islands 30 years ago. The thought of some Spanish food and culture was also enticing. What we hadn’t realised before we arrived, was that the islands were actually part of Puerto Rico and has been under American control since the 1890’s. So although Spanish was widely spoken, the food was good, but far more American than we’d expected.

Culebra, the northern island was a pleasant downwind sail from Jost Van Dyke. Navigating through the tricky shoals at the entrance to Ensanada Honda, the main bay, we were surprised at how many cruising yachts have discovered the place. Many were anchored in the Dikity anchorage, just behind the reef at the entrance to the bay. 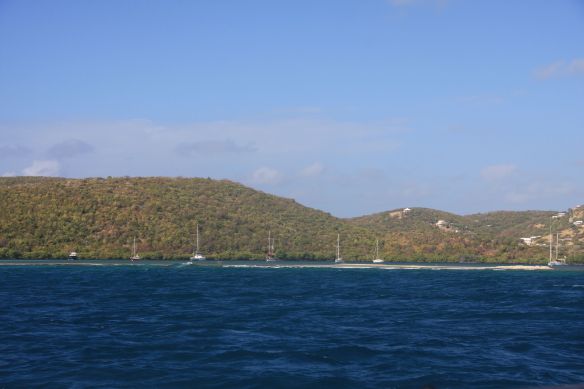 As we’d had gusts of 30knots just outside, anchoring further into the bay was a better option for us.

We’d read the information on formalities in the pilot books and on Noonsite, but hadn’t realised it is mandatory to call before your arrival. The very pleasant Customs officer at the airport helped us through the process and provided us with a 12 month cruising permit for US waters. We ended up spending the morning at the airport – great wifi and coffee, difficult to find in the Virgin Islands. Flamingo Bay on the north of the island was well worth the walk.

and a good sense of humour. 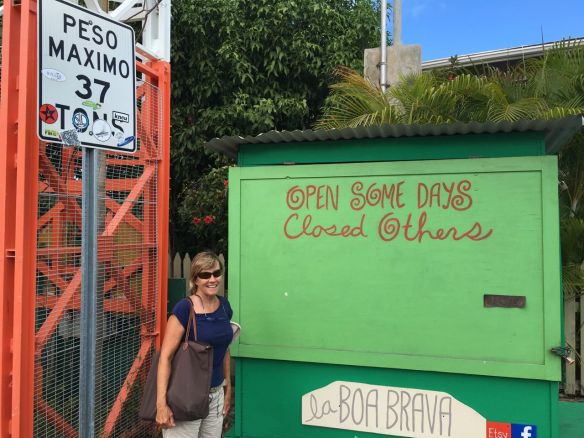 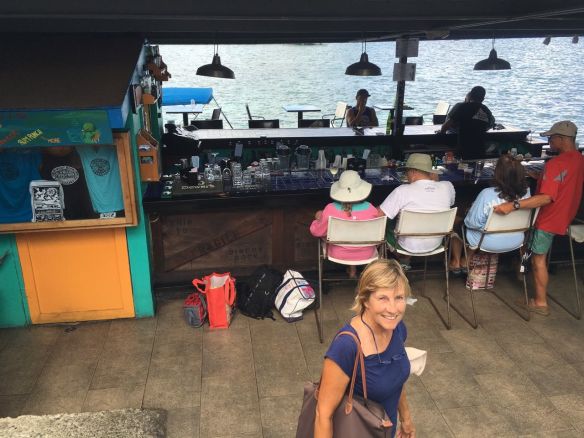 Bahia de Tortuga on Culebrita island was a picture perfect Caribbean anchorage. You would not want to be here in northerly swells. Although the bay was calm overnight the relatively small breaking swell on the way out through the gap in the reef was nasty. It would be treacherous in big seas.

We sailed down to the southern island, Vieques, and were pleased to find a mooring buoy off Esperanza, its southern town where we could leave Sea Cloud for a few hours to explore the island. On the local public (van) we met Luis, who was born on the island but has spent most of his life in Puerto Rico. He walked us around Isabela, the capital and gave us potted history of the islands. Vieques had been used as a target for naval and aerial bombardment for many decades, sucking the life out of the island. Although the bombing stopped in 2003, many land and sea areas still remain off limits.