Although it was hard to leave Rangiroa and the Tuamotus, we were excited to be heading to Tahiti to meet up with Bron and Tim, my sister and brother in law.

The Bay of Venus where Captain Cook spent time to watch the transit of Venus was a perfect anchorage. It was peaceful, calm and had stunning views of the green hills of Tahiti.

It was a shock to the system to be back in the ‘big smoke’ of Papeete. Marina Papeete is right the middle of town, conveniently located close to the central market.

We had a relatively calm day to sail to Moorea. As we rounded the top of the island, Ian thought he spotted an uncharted reef, only to realise that it was a whale. The whale seemed quite interested in Sea Cloud, diving under the boat, surfacing just nearby and breaching so many times. An incredible welcome for Bron and Tim, we had to tell them such a display is not a normal part of our daily cruising life. 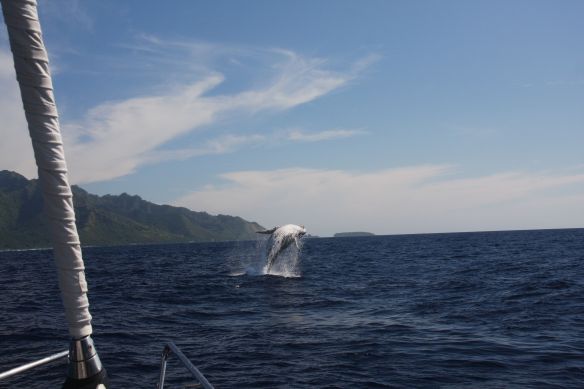 We spent a week anchored behind the reef in the beautiful Opunohu Bay in Moorea. 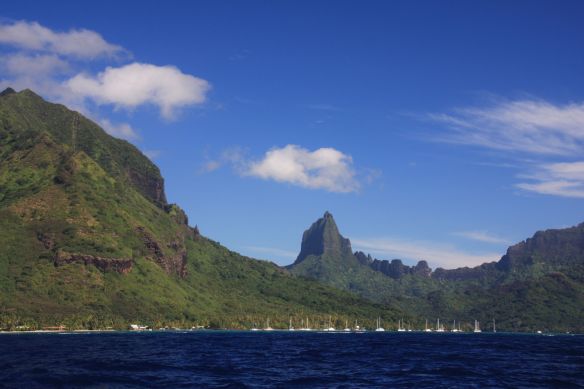 It was a week of relaxing, 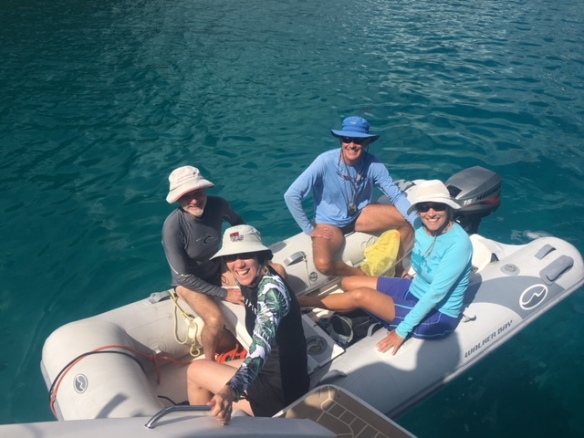 swimming with the sharks and rays 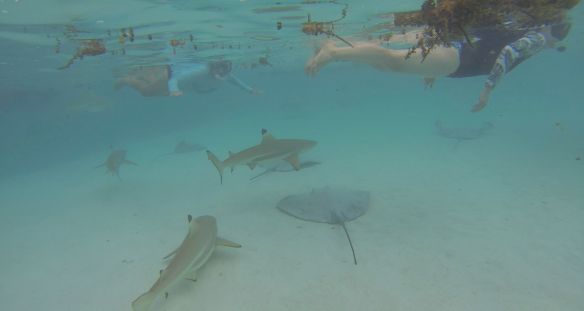 Bron and Tim had a taste of the cruising life, meeting some of the friends we’d been cruising with over the past few months,

and sampling some of the local cuisine. We ate a lot of tuna!

Snorkelling with the whales was one of the experiences of a lifetime. Looking down through the water you realised the large shape slowly appearing then rising below you was a pair of whales. Such beautiful, graceful and gentle creatures.

Tim thinks we should be trading in Sea Cloud for a catamaran such as Panache! Price and Benny cooked a feast of dumplings for our last night in Moorea. 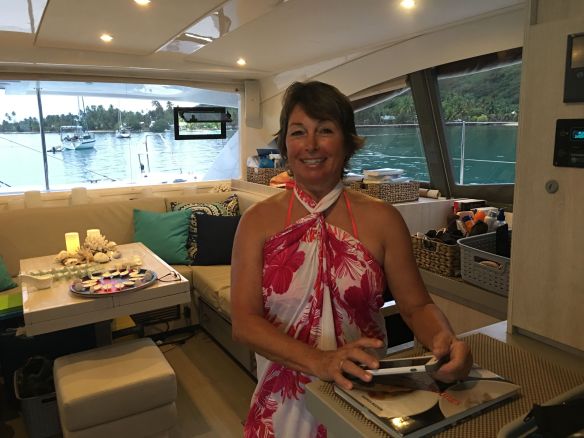 We all (including Bron) enjoyed a lovely sail back to Papeete 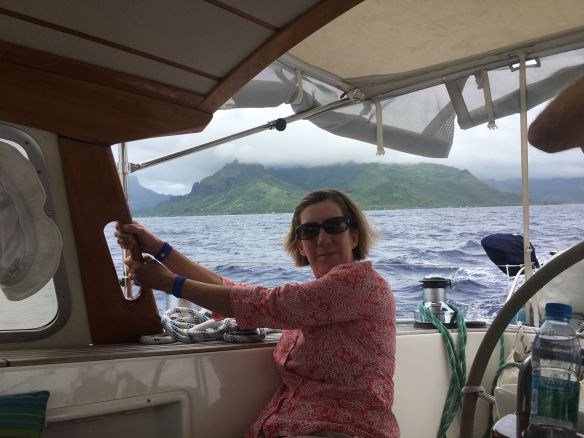 We rented a car and circumnavigated Tahiti. We’d hoped to see some of the Billabong Pro competition at Teahupoo on Tahiti Nui. Unfortunately there was no surf that day, so no competition.

I can’t imagine that there are many places where you can anchor your boat so close to the really big waves.

this is how the waves should have looked..

We farewelled Bron and Tim and sailed overnight to Raiatea, where we’d planned to haul out and leave Sea Cloud for the cyclone season. The day we arrived we were told that Sea Cloud was too big for the lift at Raiatea Carenage.

We had non refundable flights booked home and family and friends looking forward to seeing us. Luckily, we were able to leave Sea Cloud for a week in Marina Apooiti. We flew back to Sydney to catch up with family and friends. On our return, we will prepare for the 2500Nm sail to New Zealand. Not what we’d planned for this season, but it is our only option. You need to be flexible in this cruising life!