Our checkout from Cavtat, Croatia was delayed following a windless failure under the bows of this superyacht which rents for 550,000 Euros per week. Needless to say, the crew were very happy to help us with our problem!

Kotor was as attractive as we remembered it, although really too small to cope with the 2 cruise ships anchored in the bay. 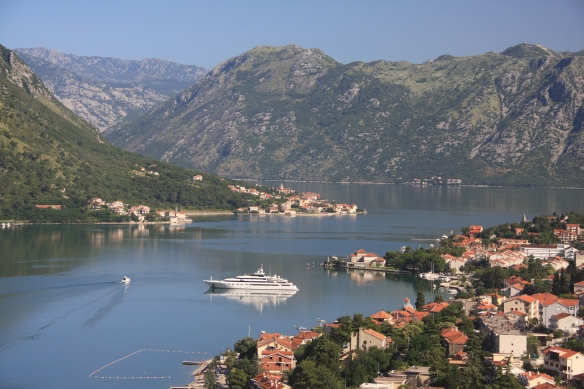 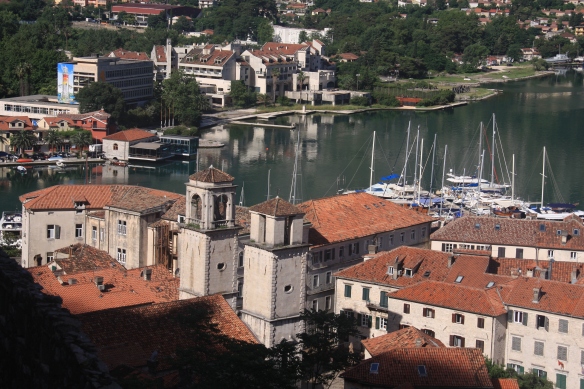 Rather than risk anchoring, we took a tripper boat from Kotor to the small church dedicated to sailors on the island off Perast.

Marina Porto Montenegro in Tivat is former naval base which has been transformed into a superyacht marina and village. The 5 star hotel, restaurants, designer label shops and fancy boats are quite a contrast to the modest town in the streets behind the waterfront.We’d booked to get some duty free fuel prior to our check out of Montenegro. Sea Cloud’s couple of hundred litres seemed so insignificant when we heard that there is one superyacht which takes on 500,000 litres of fuel every 8-10 weeks during the season! 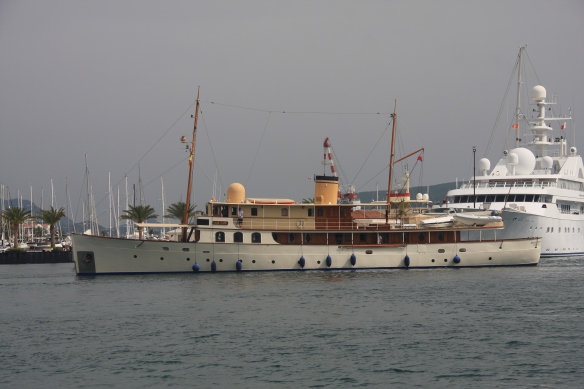 We’d been checking weather for days and it looked as though we had a good weather window for sailing to Sicily, about 400Nm away. Leaving Montenegro in the evening, we arrived in Erikoussa the following evening for a sleep before the leg across to Sicily. The 48 hour passage was probably the most uncomfortable few days we have had on Sea Cloud yet. The days were okay, but the washing machine like motion and the constant thunder and lightning around us meant that sleep was almost impossible. The fortifications around the harbour entrance of Syracusa in SE Sicily were a very welcome sight! The large safe calm anchorage and the delightful town were just what we needed. 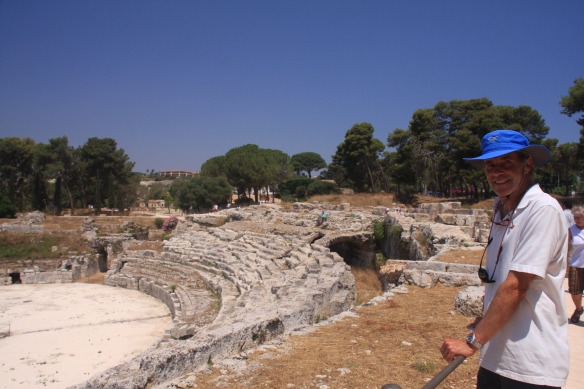 Due to Schengen visa restrictions, we ended up with not nearly enough time to spend in this part of the world. The prevailing wind between Sicily and Sardinia is northwesterly, just the direction we needed to go. As southerlies were predicted for a few days we moved quickly north along the east coast of Sicily. A night’s stop in Riposto marina to avoid more horrible seas outside was rewarded by morning views of Mt Etna which overlooks the town. 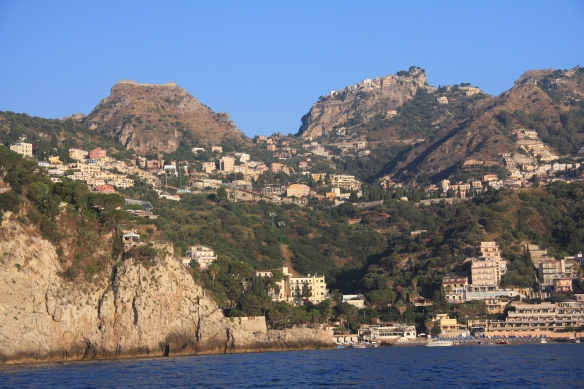 The Messina Straits which can be a piece of work with their strong currents, winds and whirlpools (bastardo in Italian, no translation needed). We were so lucky, our very calm conditions meant that the swordfishing fleet were out in their boats, an amazing site with their towers for spotting the fish and the huge bowsprit from which harpoons are thrown. 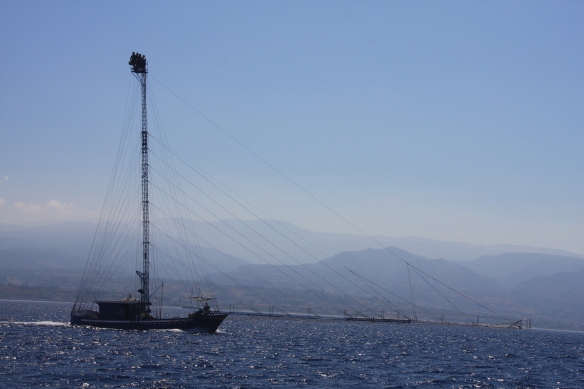 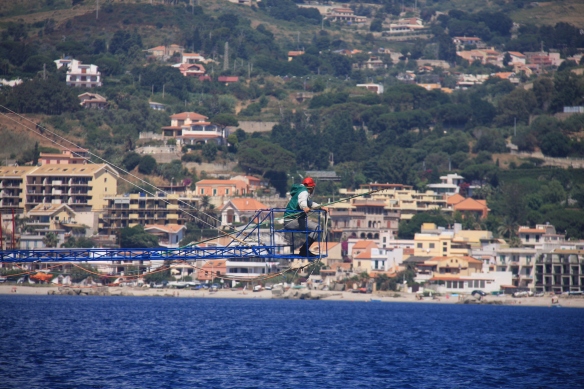 One night in the Aeolian Islands was definitely not enough. We anchored in the bay in Vulcano, spectacular, although very rolly! 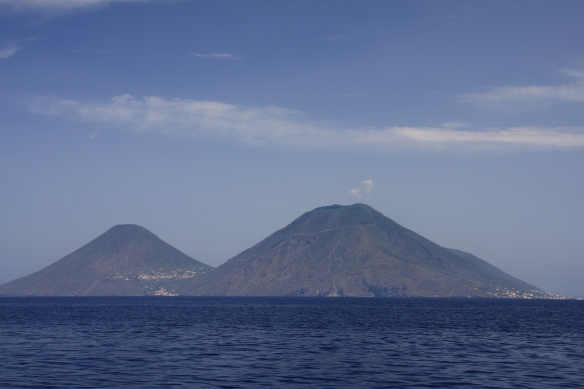 Rainbow Warrior, the Greenpeace ship travelled the Messina straights and across to Vulcano ahead of us. 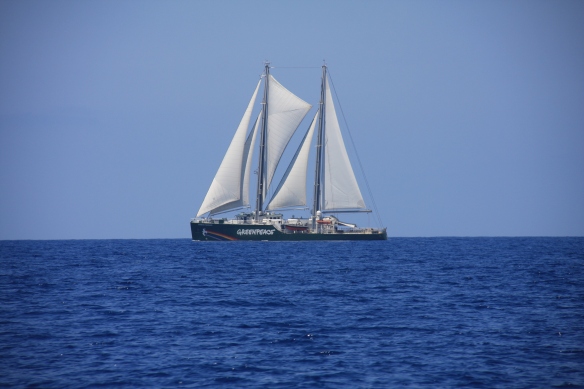 The passage from Vulcano to Sardinia was an absolute pleasure, such a contrast from the trip to Sicily. We had calm seas, no shipping and spectacular sunsets. The only problem was not quite enough wind, we only sailed about a third of the way.

Our fist anchorage on Sardinia, Cala Branchini on the north eastern tip was a wonderful protected anchorage in the strong north westerly winds.

The north eastern coastline of Sardinia is spectacular. We can see why Sardinia is so popular amongst sailors, good  breezes, clear blue water and many places to anchor.

We’d heard that the Disneyland like town of Porto Cervo is a must see, and it didn’t disappoint. Although we were too early in the season for the ‘beautiful people’ the dock was still full of megayachts, not to mention fancy cars, 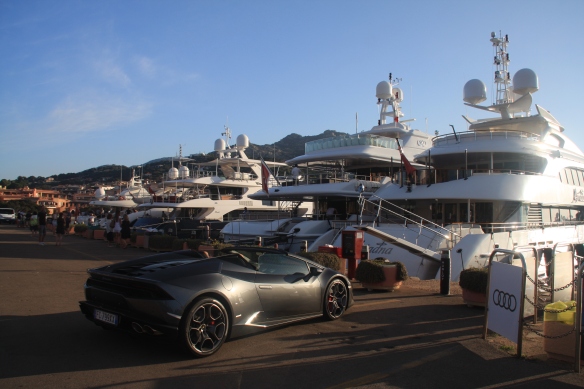 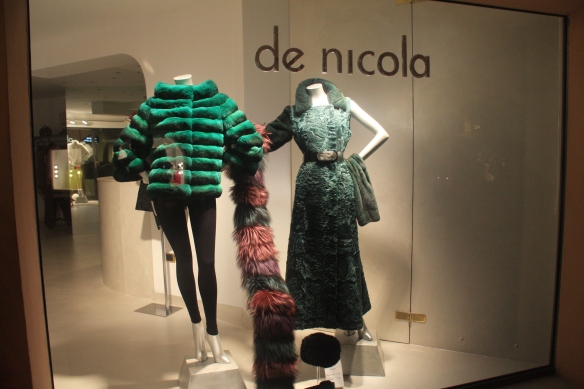 and the most beautiful manicured gardens, some with disguised garbage bins. Prices are crazy. I’d bought some plastic bowls in Corfu for 1.5o euro – the same bowls in Porto Cervo were selling for 42 euros each! 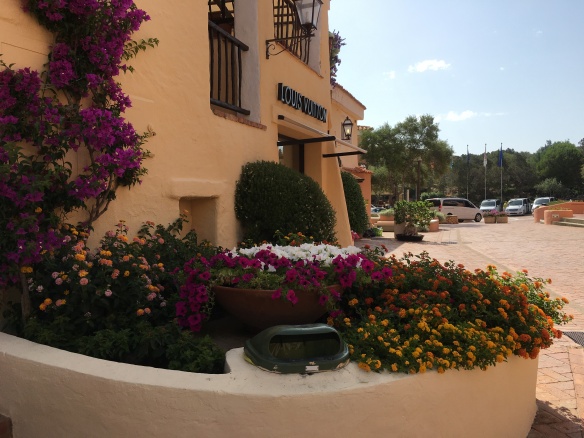 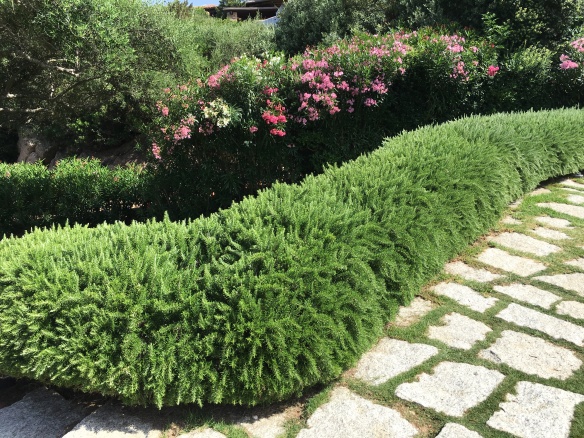 Ian’s work colleague, Eugene who was born in La Maddalena just happened to be visiting this lovely island at the same time as us. He delighted us with stories of his childhood on the island, showed us his part of northern Sardinia and introduced us to some of the fabulous local food and wine. 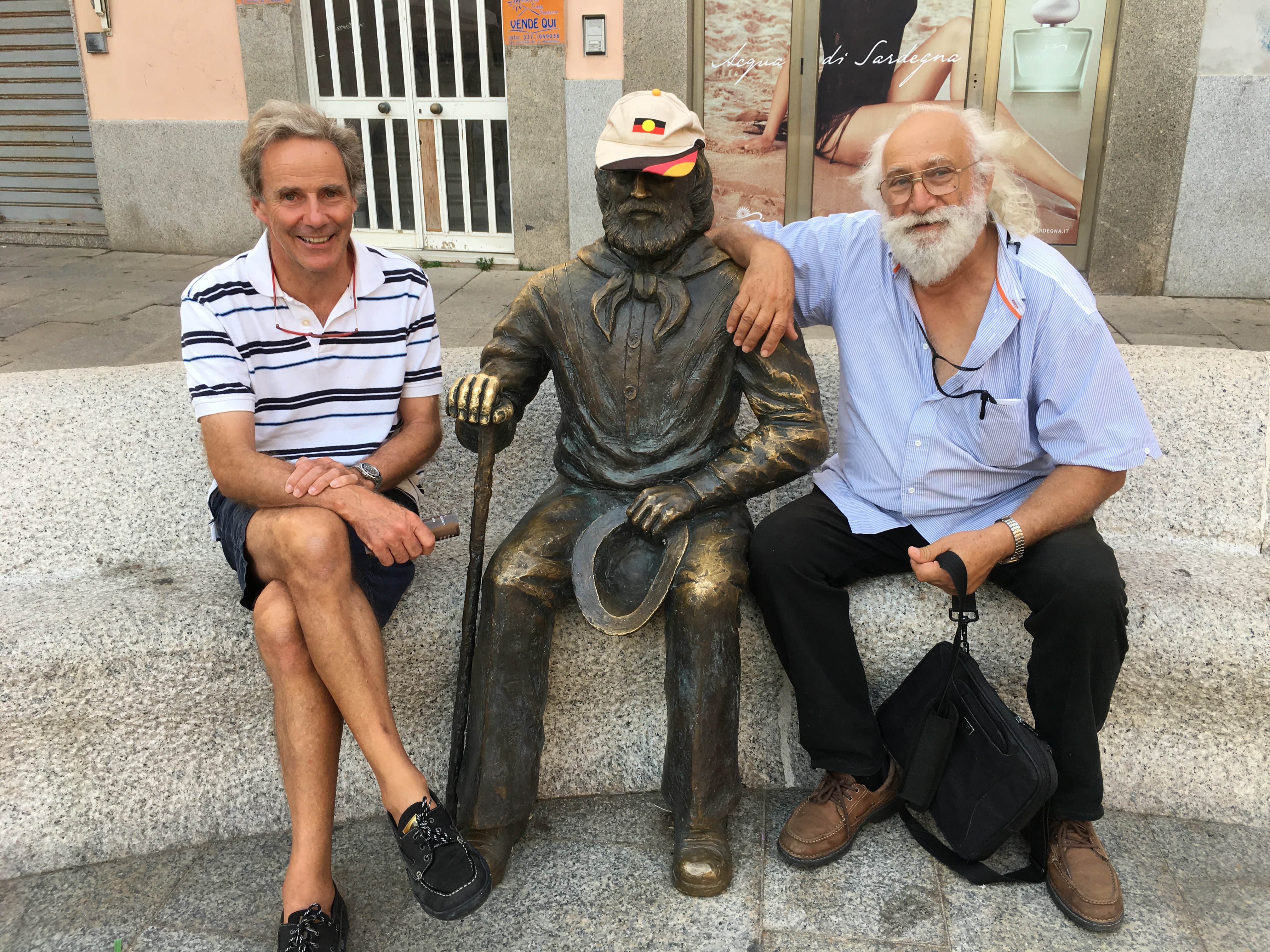 This archipelago has some gorgeous anchorages which, predictably, were very popular at this time of the year.

Castelsardo was our last stop on Northern Sardinia.

We had been watching the weather closely to make sure had a reasonable passage between Sardinia and the Balearic Islands. Windyty, our latest addition to our frequently observed weather forecasts showed gale force winds and 3-4m seas for the next week. Sardinia to Mahon, Menorca was another pleasant 36hour passage. We’d expected to Menorca to be very crowded but were amazed have an anchorage to ourselves on our first night.

A planned 2 days in a secure berth at Mahon Marina turned into 4 as the winds continued to blow. What a pleasant place to be stuck – an interesting town and great tapas. 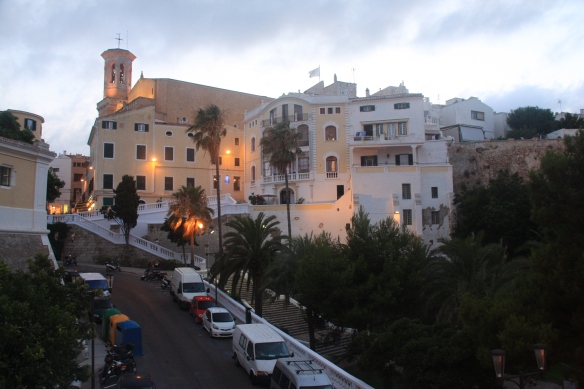 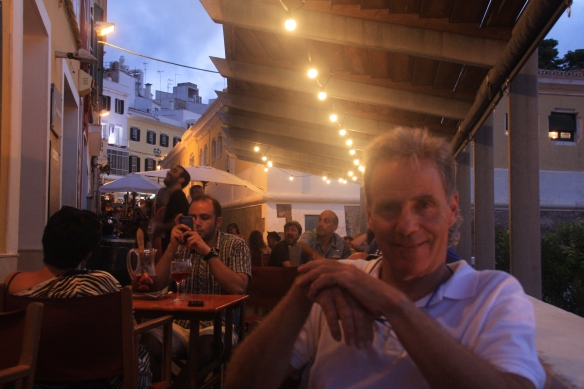 The other anchorage of 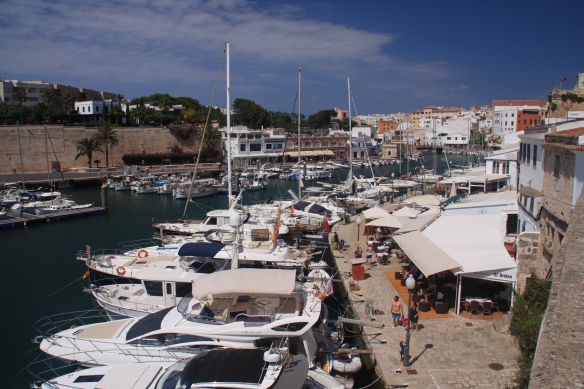 With only a week left before leaving Sea Cloud, we sailed from Mahon to Palma in Mallorca. Palma, the place of superyachts is where we plan to have Sea Cloud re rigged and prepared for her Atlantic crossing. After a busy few days of meeting with tradesmen, we sailed across to the Marina de Real Juan Carlos, (aka the America’s Cup marina) in Valencia, where Sea Cloud is to stay for 6 weeks while we return to Australia.