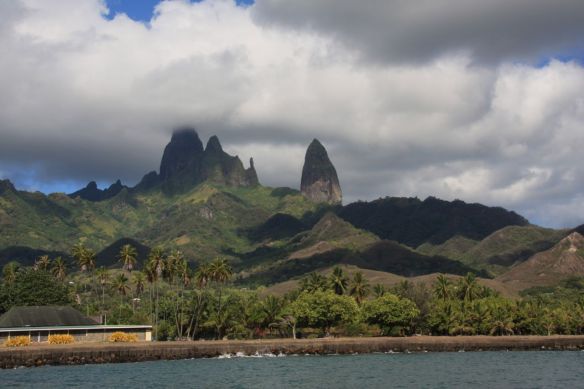 Our planned stay in Ua Pou was cut short when we looked at the weather and realised we had a perfect window to cross to the Tuamotus. It was a delightful 4 day sail with gentle winds and seas and a full moon. This was the Pacific sailing I’d been hoping for!

The Marquesas to the Tuamotus, what a contrast! We left the lofty peaks of Ua Pou behind and arrived at the flat coconut fringed atoll of Kauehi.

As strong winds and big swells were expected so we had decided to make landfall in the ‘easy’ pass of Kauehi, rather than Makemo. It was still pretty hairy for a first pass with 4knots of current against us! Sea Cloud coped well. 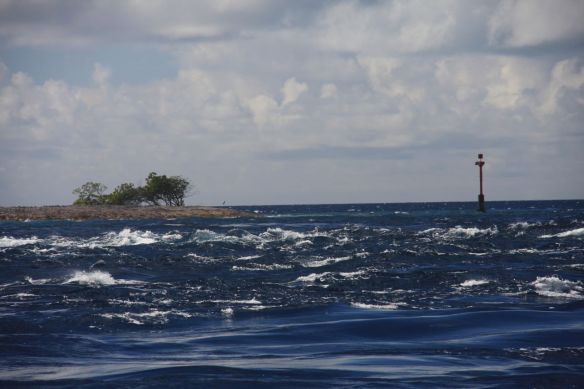 In retrospect, we should have visited Makemo first. After a few weeks in the Tuamotus we have realised that going south east at this time of the year is an impossibility. Unless you don’t mind sailing to windward and against the seas. Not our idea of fun!

It’s a different world in the Tuamotus. Kauehi was all we had dreamed a coral atoll to be. Crystal clear water, good snorkelling and palm fringed coral beaches to wander. The weather was perfect for those first few days. We were greeted by cruising friends with a pizza dinner on the first night. Its such a social life out here in the Pacific. 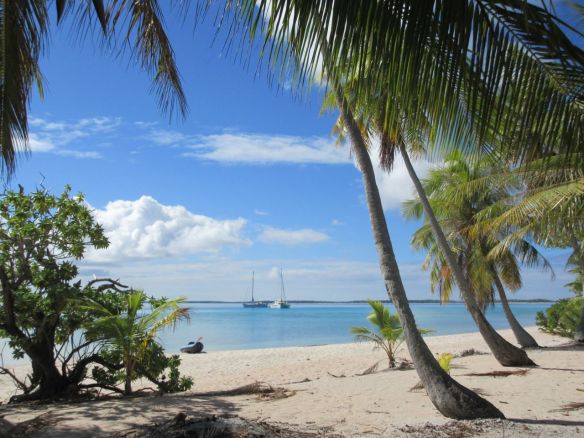 With the group moving to Fakarava, we decided to tag along. It’s great around here to sail with a buddy boat or two – it makes the long dinghy rides to good snorkelling areas safer with two dinghies. 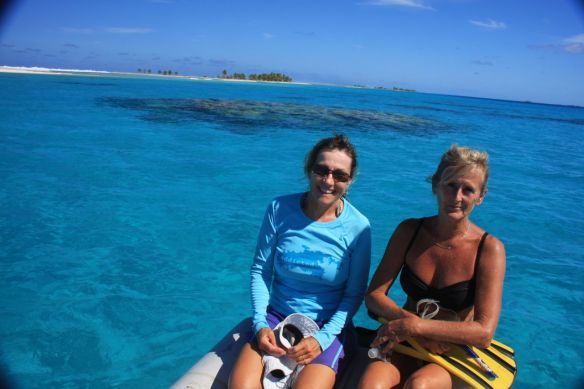 We’ve now spent 2 weeks in Fakarava, one of the largest of the Tuamotus. There are plenty of anchorages and places to explore, even a small town with much better provisioning than we’d expected. The snorkelling is fantastic. We’ve snorkelled and dived the legendary South Pass, famous for the hundreds of sharks which frequent the bottom of the pass, between the coral banks.

I never thought I’d feel comfortable about being so close to these magnificent creatures, but they really don’t pay any attention to us. It’s a wonderful time of the year to be here. Groupers are arriving in their hundreds, an estimated 18,000 of them will be here, ready to spawn at the first full moon after the Equinox. The daily increase in the number of grouper below us in the channel was very noticeable. After about 5 days of sheltering from northerly winds near Rotoava, we are headed back to the South Pass. I can’t wait to see how many are there now. 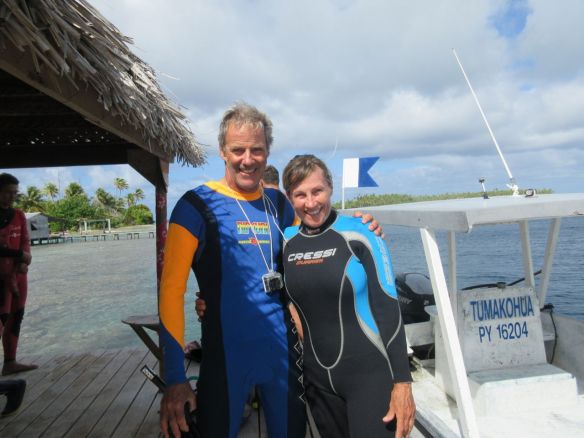 The Tuamotus are not called the dangerous isles for nothing. It a complicated place to sail. As well as keeping an eye on the weather, calculating slack current on which to enter or exit the atolls has become a preoccupation. Get the timing wrong and you could encounter standing waves, or current strong enough to turn a boat sideways. Anchorages are littered with coral bommies. There is a real knack in not getting your anchor stuck in coral, or wrapped around a bommie. Anchor buoys to float the chain seem like a good idea, unless they tangle around themselves, creating even more problems! We have a lot to learn. Sailing is challenging also. Although most of the large atolls have marked channels, there are still very shallow areas. We now have ‘rat lines’ on the stays, so I can climb up about 10m to better view the area.

Even experienced and careful people hit things here, keeping a lookout for shallow spots is essential. Not so easy when there is cloud, rain, waves, or poor light. It does not pay to be in a hurry in this part of the world. So our pace has slowed down, we are enjoying the slow life here, taking our time, meeting locals and other cruisers and chilling out a little more. 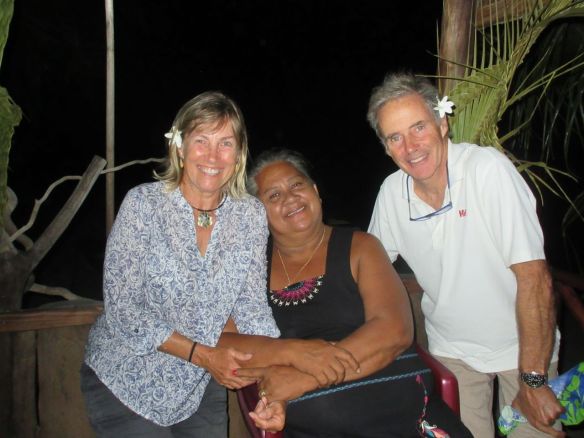 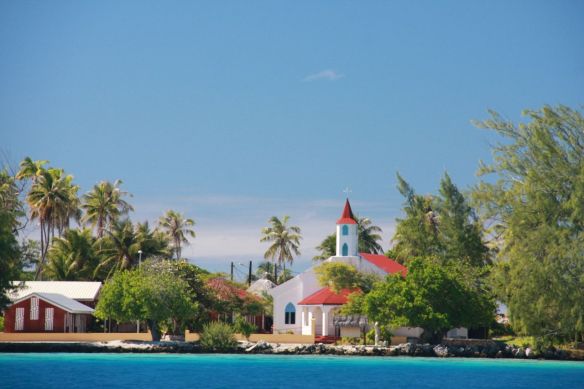